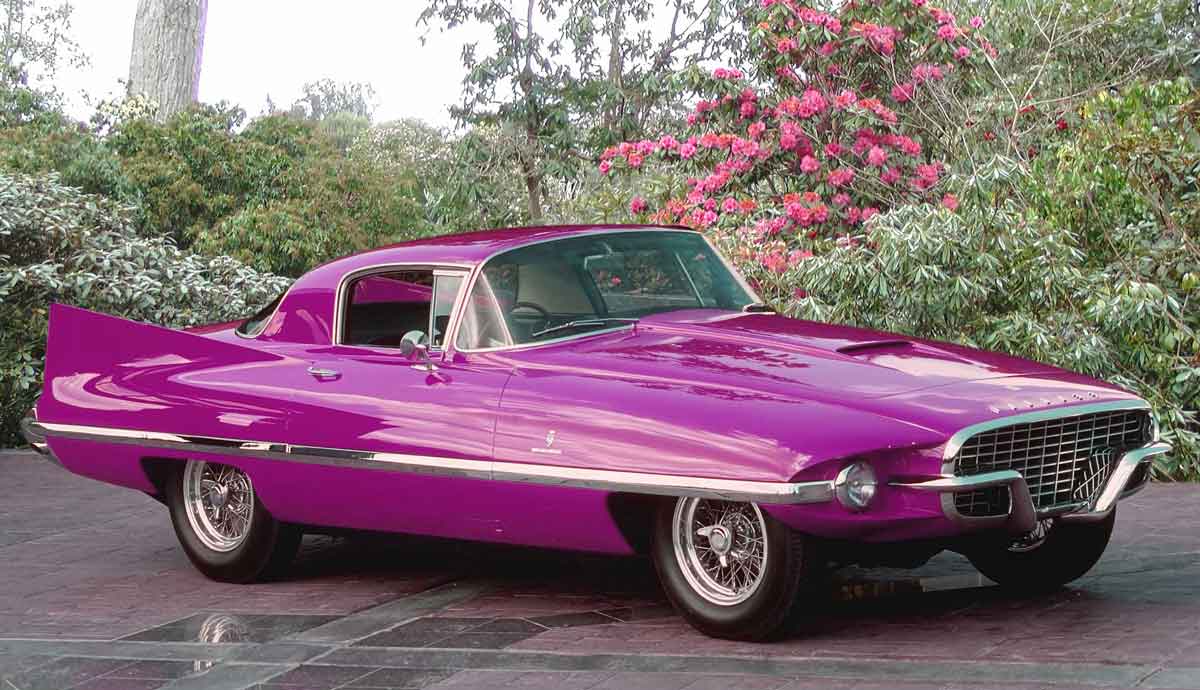 By the 1950s Ferrari was still by no means a mass car manufacturer but the way in which money could still be made would be by making a few cars, but very expensive ones. The market for this was perceived to be in the United States of America and there were three ways of selling more cars in that country; make them bigger, make them more luxurious, and put the word ‘America’ into their names. In this way the America and Superamerica series of models, with various engine choices, were launched. The quintessence of these was the 410 Superamerica which hit the market in 1955.

These were large engined V 12 grand tourers, in two door coupe or roadster styles, featuring engines that were specially designed for Formula One racing. The name may have been American but the styling and quality of finish was typically European; again the buyers could choose whatever type of body they wanted, from any of the top Italian designers. Interiors were luxurious by any standard and greatly exceeded the best that the competition could offer. They should have been, too. This was an expensive car. At a list price at the time of US$16,800 it was twice the price of a 300 SL Mercedes; and triple the price of a Corvette!

Nevertheless there were a few wealthy Americans who could afford it. Film star Ingrid Berman was one owner. A Texas oil heiress called Sandra West was actually buried in hers as a condition in her will; it was encased in concrete in case ghoulish thieves dug it up again. The Shah of Iran, who already had a huge collection of expensive cars, added a 410 to it; Nelson Rockefeller, the Aga Khan and the Emperor of Vietnam all had their own.

Yes this was a very expensive car but the buyers got a lot for their money. The five litre V 12 engine in the 410 developed 400 brake horsepower; this could push the car to 165 mph and accelerate from nought to 60 in 6.6 seconds. In the 1950s these were phenomenal performance figures.

Even in America however there was a limit to the number of people who could afford to buy a high specification Ferrari and the company still wasn’t geared up to mass production anyway. Altogether between 1950 and 1959 a total of just 78 of the ‘America’ series were built, 35 of which were 410s.

There was a further incarnation; the 400 GT Superamerica which was launched in 1959. This had a 340 brake horsepower four litre V12 engine and again was aimed at the super rich; the first one of whom was the head of Fiat, Gianni Agnelli. He must have been happy with this since a few years later he bought a minority stake in the company, and eventually increased this to control the company. This, however, was to be 10 years in the future.