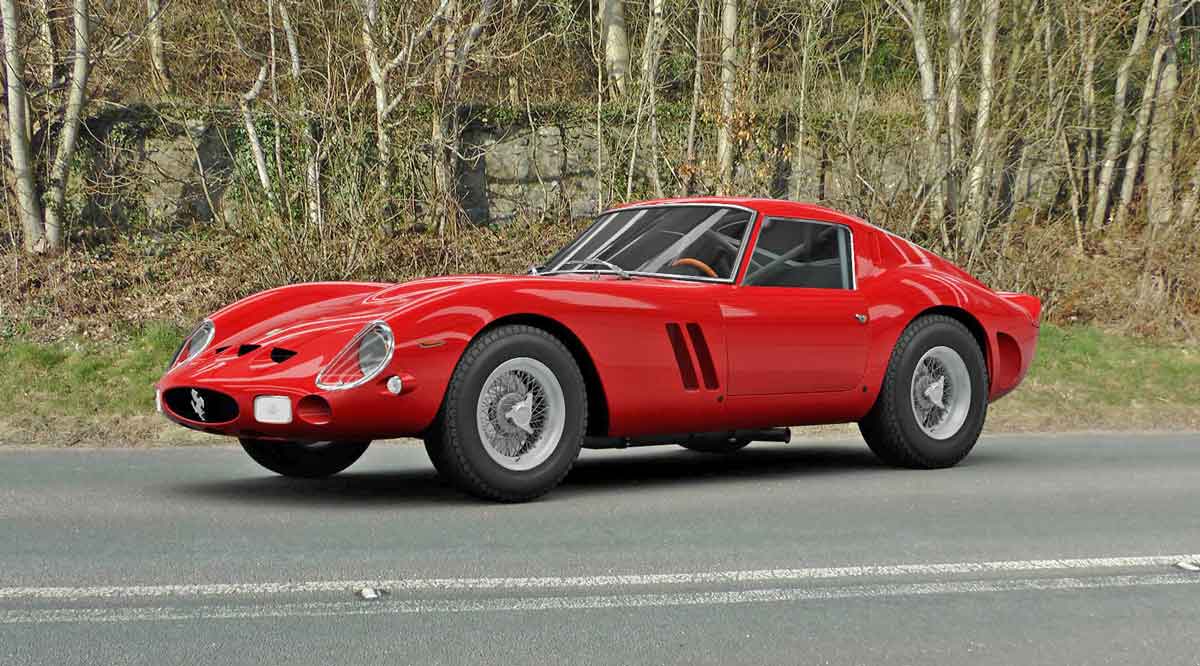 Ferrari’s first real financial successes came from the 250 series of grand tourers and sports cars that were based on a three litre V12 engine developed by Italian designer Gioacchino Colombo. This was not only a very powerful engine but was also extremely light; it was actually half the weight of the three litre Jaguar straight six cylinder engine, a very important advantage where racing was concerned.

As usual the 250 first appeared on the racing track in 1952, where it was one of the fastest and sharpest accelerating cars in the world. It's engine powered cars which brought many racing successes for the company.

However although this engine was excellent for hill climbs, or endurance racing it didn’t really do terribly well in Formula One. Ferrari experimented with supercharging it but this wasn’t very successful. Formula One was very much a target for Enzo Ferrari and so a new engine was developed called the Lampredi and both engines were used for different models in the 250 range as production increased from around 35 cars a year to 670.

The engine for what was to become the most expensive car ever sold in Britain, at £20.2 million, was still the Colombo one, powering the 250 GTO which was manufactured between 1962 and 1964.

This variant, the GTO, was a dedicated track car. Ferrari never intended it to be a huge seller; in fact if Enzo Ferrari didn’t like the face of the prospective buyer, that person simply couldn’t have one! He must have been quite choosy, since only 36, or 39 depending upon which source you believe, of them were ever built.

It was built specifically for Group 3 Grand Touring Car racing and under the rules that governed this racing class at least a hundred models were supposed to be built for the car to be homologated, or approved, in order to race. Ferrari haden’t built anything like that and there is an urban myth that when the inspectors visited his factory to check on how many actually were built, cars were moved around and chassis numbers were altered to make it look as though there were far more than there actually were! This was a myth however; an earlier 250 GT short wheelbase car had already been type approved and the new approval was based on this.

Performance was quite staggering; a top speed of 176 mph was possible with acceleration from nought to 60 in 4.9 seconds. The aerodynamic characteristics of the car had a lot to do with this; for the first time ever on a road car there was an integrated spoiler which not only helped it to go faster but made it much more stable at high speeds, too.

The price of the car when it was first launched was £6430. To be realistic it was just a racing car produced without any real frills and right up until the early 1970s they changed hands for fairly low four figure sums. Since then though the highest price at auction was reported to be not far short of $50 million, and it has been rumoured that there was a private sale agreed in which a 250 GTO changed hands for $70 million. Future buyers should be a little bit careful; with incredible money like this being thrown around fraud has always been a possibility and there have been reports of genuine Ferrari chassis being used to build replica 250 GTOs. Let the buyer beware.